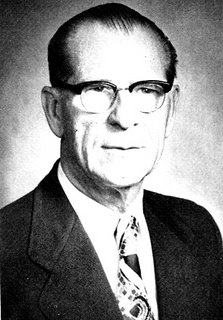 Pastor O.R. Schlegelmilch entered Concordia Seminary in Springfield, Illinois. His vicarage year was spent at St. Paul, Napoleon, Ohio, and graduated in 1934. He served at Salem Lutheran, East Moline, and St. Paul Cross Plains, Illinois, Emanuel, Tipton, Indiana, and Peace Lutheran, Columbus, Nebraska. He served St. John at Charter Oak from 1958 to 1967. He was called to glory in March of 2006.
Posted by Ted Mallory at 10:20 AM