Posted by Ted Mallory at 3:39 PM No comments:

Lenten Mid-Week Services
A free-will offering will be taken with proceeds going toward scholarships for children attending Camp Okoboji this summer.
The LYF and Sunday School will alternate weeks serving bars and refreshments after the other Lenten services.
Posted by Ted Mallory at 6:58 PM No comments:

Pray for Lutheran School in Japan

Dear Friends of our Japanese family of Urawa Lutheran School;
May the God of protection surround them now as they are remaining at the ULS campus following the powerful earthquake that struck  Friday at 2:46 PM.  Mr. Hodgson and I reached the school about an hour ago, 12:30 AM their time and we spoke directly with Miss Ishii and she shared that all of the students and faculty are still at school and not allowed to leave. Please keep them all in your prayers today.  We will call them again later to check in.Please pass this prayer request on  to your circle of family and friends.May God use this time in a powerful way as the Christian community at ULS reaches out to all of the students and faculty in the name of Jesus.


I attended CLS growing up in Phoenix. Bill Hodgson was one of my junior high school teachers and one of the reasons I became a teacher. Please pray for Bill and Julia, for ULS and for all of the thousands of families that have been effected by this tragic disaster in Japan.

Or, click here to make a secure gift online. Be sure to designate it "Japan Earthquake/Tsunami"

Posted by Ted Mallory at 7:17 AM No comments: 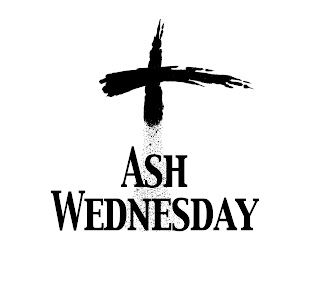 Posted by Ted Mallory at 9:43 AM No comments:

Posted by Ted Mallory at 1:30 PM No comments:

The meeting was called to order by Head Elder Melvin Goslar as both President William Magill and Vice President Robert Stoltze Jr. were unable to attend.

Steve Kuhlmann explained that the preparations for the previously scheduled auction of the St; John Lutheran School Building were not yet complete and the committee hoped to tentatively reschedule the auction for April 9. It was moved by Kuhlmann, seconded by Bob Kroll to postpone the auction until preparations were completed. Motion carried.

It was moved by Ted Mallory and seconded by Brian Pautsch to adjourn, motion carried. Melven Goslar adjourned the meeting.

Pastor Merrill led voters in the Lord's Prayer.
Posted by Ted Mallory at 1:23 PM No comments: