Note: For those readers who are new to "blogs," the first thing posted is the lowest item on a page, so to read part 1 you'll need to "scroll down," or eventually click on the "Previous Posts," or even the "Archives" to read this history from the beginning.

HISTORY OF ST. JOHN
Part 3
• Unfortunately, a burden of debt rested heavily upon the congregation. Interest payments came due regularly and it had become increasingly difficult to meet obligations because of the stress of the times. The years of the depression had been felt deeply by the members of St. John. Add to this fact that in 1934 virtually no crop was harvested, which would be repeated for the next few years. By the grace of God, these difficult years are now a memory. The double envelope system in its entirety was introduced, each communicant member being personally approached for a definite pledge, with the results that in the following January the congregation was able to begin operating on a balanced budget, allowing even for a gradual retirement of the debt.

• The congregation experienced a healthy growth, especially during these last years, thus increasing the financial strength of the congregation.
• It was evident that it was time to introduce more English services with the purpose of holding the younger generation to the church (the children were being confirmed in the English language), and to gain the unchurched in the community whom could not be reached with the German language.
In October 1934, it was resolved that henceforth there would be 2 English and 2 German services each month, alternating on the fifth Sunday. An English service was added for Thanksgiving Day and an English Communion Service on Maundy Thursday. On all the great festivals of the church year 2 services were to be held using both languages. Many were gained for the church by this decision.
• In 1935 members of St. John realizing that it was necessary for the pastor to have a reliable car, which is always ready for an emergency call, gave the pastor substantial financial assistance in buying a new Chevrolet Master Sedan, replacing the old Buick. 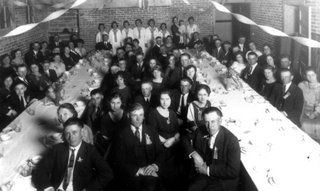 • On March 5, 1935, the Young People’s Society became affiliated with the International Walther League.
• In October 1937, St. John Sunday School was organized.
• September of 1940, the congregation formally observed Mr. A.E. Mantey’s 25th anniversary in the teaching profession in a special service with a social hour following.
• In 1941, the 60th Anniversary of St. John congregation was celebrated. On May 11, 1941, 2 services, German and English were conducted by Rev. A. Amstein, former pastor, of San Diego, California. The service in the afternoon was conducted by President A. Schwidder of Fort Dodge, Iowa. 1,000 worshipers attended the services.
• In 1941, Synod’s new hymnal (new Liturgy) was introduced. The Church flag and our Country’s flag were properly mounted and placed into the Church auditorium, a public speaking system was installed in the Church and a Tuesday evening Bible Class for adults was organized. 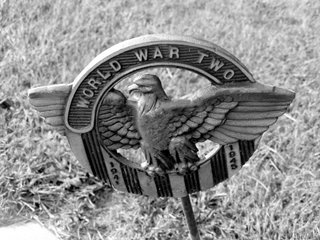 • In 1945, a “Peace Thank-offering” was raised by the congregation for the purpose of sending the saving message of Christ’s Gospel unto many more in this sin-darkened world. WW II had made heavy demands upon us. At one time we had nearly 50 young men in the service of our country. 5 of them gave the supreme sacrifice: Carl Hinrichsen, Vernon Holtorf, Elmer Kuhlmann, Marcus Schmidt and Vernon Schnoor.

Notice: Are you a member or former member? Are you a former vicar or the family member of a former pastor or vicar?

If you enjoy reading about our history, there's still time to order a book. The 100 page history of St. John's are still on sale. Just call or email the church office and reserve yours today.

Hurry, there will only be a limited number of copies ordered.

Our 125th anniversary celebration will be June 25, 2006
Rev. Doug Schroeder will be preaching at 10 AM worship with music led by "the Kuhlman Sisters."

There will be a BBQ pork sandwich lunch at 11:30 with games and a bounce house for kids.

Rev. Paul Schroeder will preach at a second service at 2 pm

Thank you for your interest in this blog