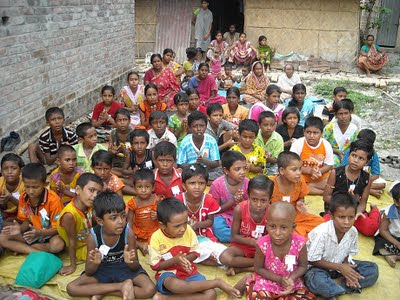 India is the second-most populous country with over 1.2 billion people, and the most largest democracy in the world. India has the largest concentration of people living in poverty (according to the World bank).
80.5% of the population of India are Hindu, 13.4% are Muslim, and only officially 2.3% call themselves Christian. Because there has been so much mission work, there may be unofficially  7 or 8 % Christians.

Even though William Carey (1761 –1834) a Baptist missionary from England translated the Bible into Bengali, Sanskrit and other Indian languages over a hundred years ago, Life to the World Ministries President, John Thomas believes that of the 95% of non-Christians in India.

"50 percent of the population have not heard the gospel yet. and another 40 percent needs to hear the gospel one more time," said Thomas. Thomas is committed to the goal of bringing the good news of Jesus to all Indians within a generation (30yrs.).
Thomas was a high school teacher but he believes that God called him to reach India's poor children with the Gospel. Based in Calcutta, the capital of the Indian state of West Bengal, Life to the World Ministries holds Gospel meetings, presents screenings of the Jesus Film, and helps plant churches in the poor villages surrounding Calcutta.
St. John member, Cyndi Ulrich met John when she visited India on a mission trip. Eventually they fell in love and were married.  For the last two years, John has spent much of the out-of-school season in Charter Oak, Iowa with Cyndi and her family.
Life to the World also operates a school for  poor and needy children who would otherwise not be able to afford to attend school. According to Thomas, two of the most important things they do are to teach English and study the Bible. Unfortunately, the landlord has not renewed the school's lease, so that when their next school year end in March 2012, the school may cease to exist if they are unable to find a new building.
Life to the World is hoping to raise $40,000 between now and March 2012. Recently, St. John's Vacation Bible School collected $300 in offerings to support Life to the World's school in India.
John Thomas sent a letter out asking for pledges of support for the school, any gift, from $1 to $2,000 would be welcome. Anyone wishing to contribute to John and his wife Cyndi's missionary work in India, especially helping purchase new property for the school can contact John, Pastor Merrill, or Bill Magill.

Please pray about if and how much you would be able to help. Even if you are unable to give anything at this time, please commit to praying for the school and Life to the World Ministries, and keep John and Cyndi in your prayers as well. Thank You.
Life to the World Ministy; John Thomas
17 Oak Ave.
Charter Oak, IA 51439
(712) 267-4430
lifetotheworld@yahoo.co.in
76/1 M.G. Road, PO Haridevpur, Calcutta-700082, India.
http:/www.life-to-the-world.org 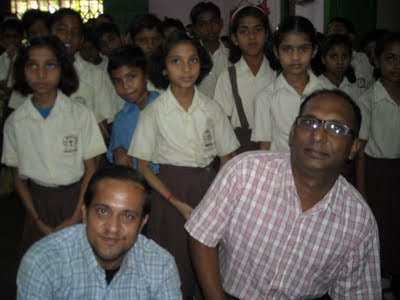 John Thomas (at right) with another staff member at the Life to the World Ministry's Christian school in Calcutta. 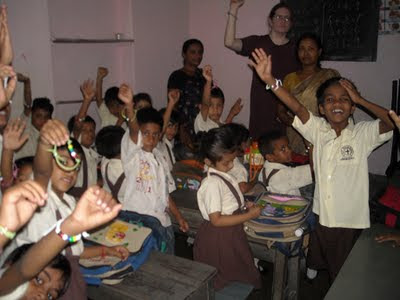 Life to the World Ministry's
Vision Statement:
1.To preach Gospel among the unreached cities and villages and plant churches. Our Goal is to preach the Gospel to 1000 unreached villages and plant churches and schools for poor and needy. 70 percent of Indian population live in villages. Not many go there to preach gospel but only go into the cities.We have vision for both cities and for villages.

2.To reach out to the poor children in 100 slums and give them education and food at least one meal.

3. To train 50 Christian workers every year for the Masters use in His vineyard. The Field is ripe but laborers are few.