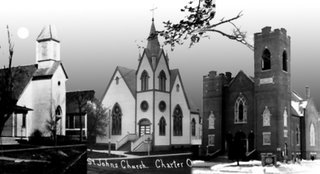 Saint John Lutheran Church will celebrate their 125th anniversary this Sunday. Two special worship services are planned with a lunch and activities between. 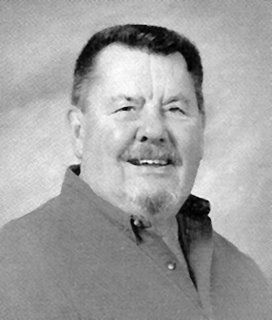 Schroeder is the son of the late Reverend and Mrs. Walter P. Schroeder, who served as pastor of St. John from 1934 until his death in 1957.

After graduating from Charter Oak, Iowa High School in 1951, Paul Schroeder went on to St. John’s College at Winfield, Kansas and then Concordia Seminary, St. Louis, Missouri. His vicarage year was spent as chaplain of our country’s largest civilian hospital, Kings County, in Brooklyn, New York. He graduated from the seminary in 1958.
For the past 40 years, Pastor Schroeder has served as Pastor of Our Shepherd Lutheran Church in Greendale, Wisconsin (suburban Milwaukee).

He presently directs and serves as speaker for a weekly radio broadcast “The Word Today”. Now in its 28th year, the broadcast is heard all across America, Russia, China, Africa, Australia, the Caribbean and 7 language groups in India. God continues to abundantly bless these efforts. The Word Today now reaches several million people each week! 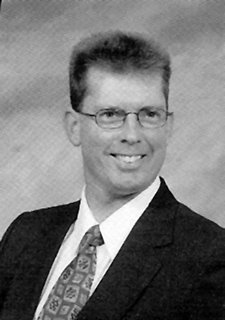 Rev. Douglas Schroeder, Paul’s son and Walter’s grandson, will be guest preacher at the first service, at 10 AM.
After graduating from St. Lousi Theological Seminary in 1988, he served Victory and Zion Lutheran churches near Edmonton, Alberta, Canada. During 1992 he also served the vacancy at The Living Word Lutheran Church. He became known for his popular style of preaching and writing. During his ministry there, God gave substantial growth.
Pastor Doug developed and taught a seventh and eighth grade Christian Ethics club for secular schools, and led seminars on the dangers of the New Age Movement. He also served on the Ministry Committee of the Lutheran Bible Translators—Canada.

He returned to Our Shepherd Lutheran in 1993 as associate Pastor, along with his father Paul. In 2000, Doug became administrative pastor of Our Shepherd

Pastor Doug has written for The Word Today newsletter, published tracts of the topics of gaming and missions and has spoken publicly in the topic of the Intelligent Design Movement and Evolution.
In 2004 he went to India as a liaison of The Word today and preached at Transworld Radio’s School of Evangelism. A result of the trip was expanded distribution of AM radios to villages to multiply the effectiveness of The Word Today’s broadcasts.

From 11:30 AM to 12:30, a luncheon served simultaneously in the church’s basement fellowship hall and at the Charter Oak Community Building. It is hopes that “able-bodied” guests will eat at the Community building, allowing elderly and handicapped guests to have easier access. The luncheon will include BBQ pork sandwiches, assorted salads, chips, ice cream and beverages. A free will offering will be collected.

From 12:30-1:30 PM games for the children will be organized and a bounce house will be blown up and supervised for kids to jump in.

At 1:30 PM balloon launch by the children, sending 125 balloons with messages attached.
Ice cream and cake will be served at a fellowship time following the second service.